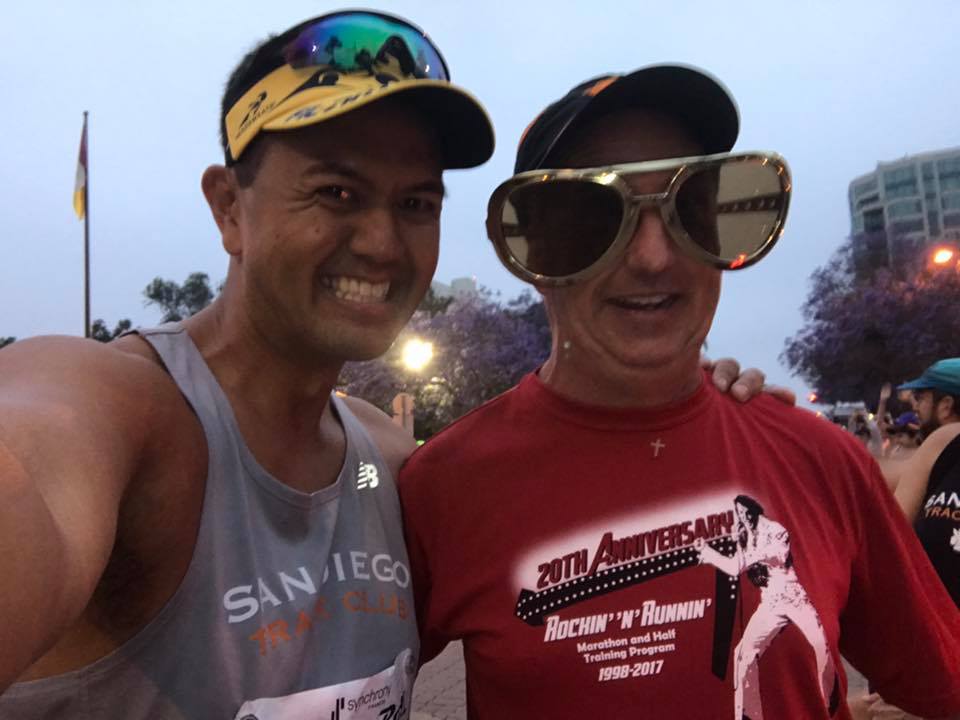 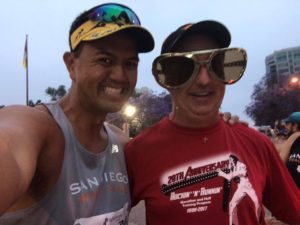 More than 9,000 runners have come through the gates of Balboa Stadium and onto the streets of San Diego to run what was then a very novel idea, running a marathon with bands on the course.
In those early years, there was just a San Diego race and it was a marathon distance.  The event has now of course morphed into a both a marathon and a half marathon, sports an open stream of different music on the course and there are musically races all over the world. 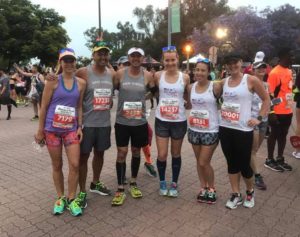 Phrase, Philosophy, Mission Statement.  Every year Rockin’ ‘n’ Runnin’ strives to meet that standard of making a difference, and this year we adopted it as our 20th Anniversary Year slogan.
This year’s training program started like all the others, on the first Saturday of the month of January at Balboa Stadium under clear blue skies, Coach Paul entertained us with his relatively short orientation and we set out on our first of many Saturday long runs. 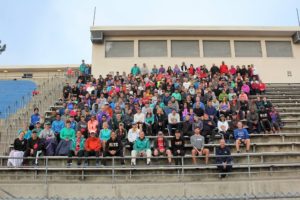 For some it would be their very first day as member of the Rockin’ ‘n’ Runnin’ Nation, for others, their twentieth, for others, something in between.  Mixed in this group would be our Boston MarathonQualifiers, Mountains 2 Beach and would be Rock N Rollers.  We all started out with a common goal, to survive 22 weeks of training and make it to our races pumped and ready to run.

The runs came and went, first the Kook 10k, the Pace Run, the Low Tide Run, the Train Run, then the Longest, even a Tour of San Diego.  Each one a measure of the runners’ tenacity and endurance and each time making a difference in our lives.  What is phenomenal is the excitement that was on display each those Saturday’s, because for many, some of these runs where the longest they had ever run. 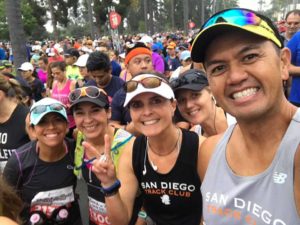 Flash forward race day.  All were gathered at the appointed hour and at the appointed location.  Emotions were high, you could almost cut the excitement in the air with a knife.  Following our normal gathering up, warm-up run and dynamic stretch exercises, we were released to our respective corrals where we awaited our starts.  Race day conditions that morning was overcast skies that stayed with us throughout the races.  In the mix of about 15,000 half marathoners and 5,000 marathoners were about 300+ Rockin’ ‘n’ Runners.

We haven’t gathered up the data, but among our finishers, many PR’d.  More than a few ran their first races at either the half or full marathon distances, some even BQ’d.  A handful ran (or in the case of one, walked) their 20th Rock and Roll Marathon. 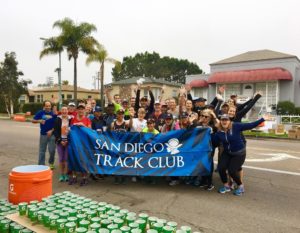 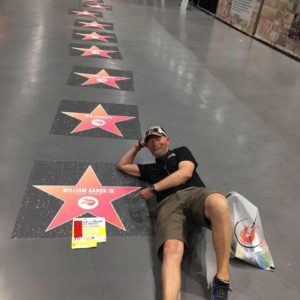