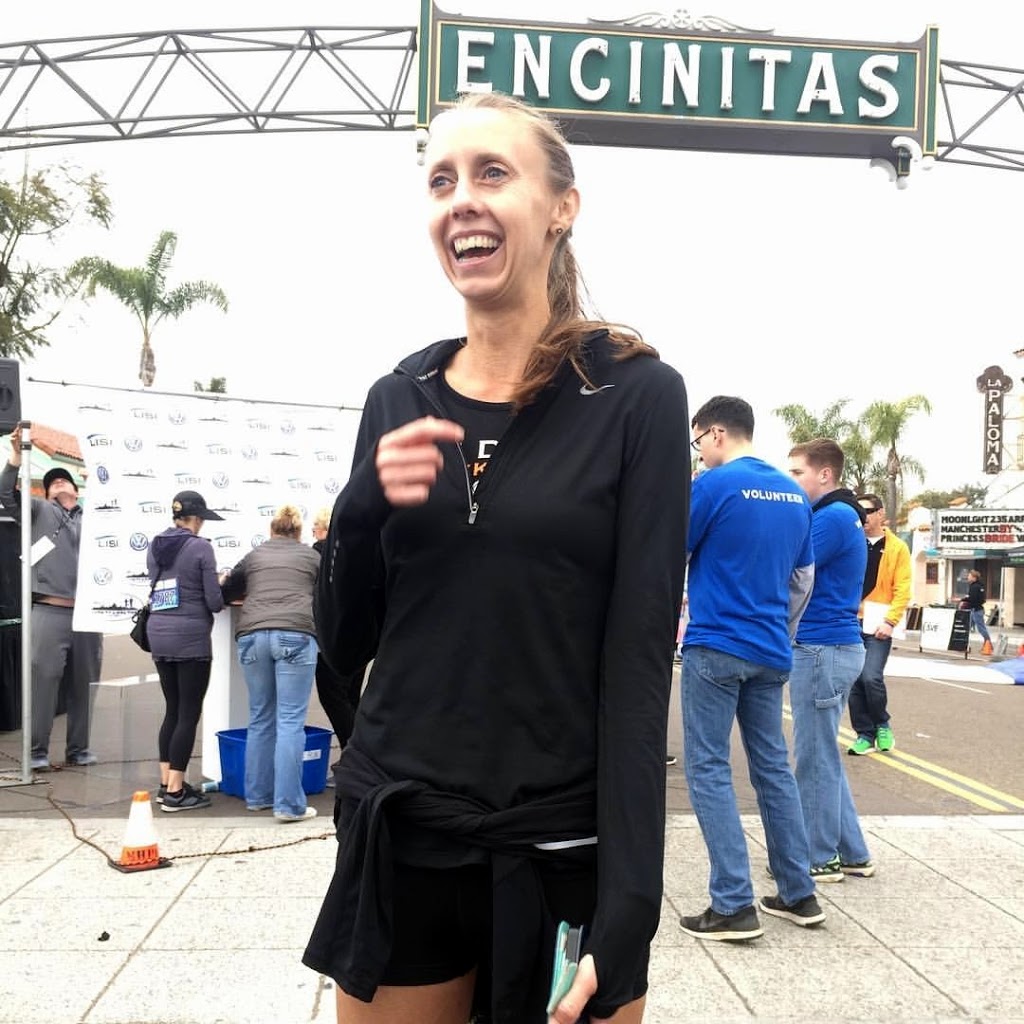 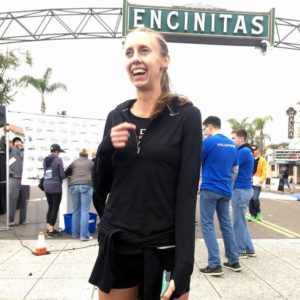 I (Meriah Earle) ran cross-country for the first time in 7th grade, because they needed more girls on the team. Back then, my goal was simple: don’t sit down during the work-outs. The idea of running three miles without stopping seemed ludicrous! In high school, I got really into to track, although that was a progression as well.
In my first meet, as a high school sophomore, I competed in the 4x100m, 200m, high jump, and discus. Eventually I became a decent 400m runner and began to entertain the idea of running the 800m. This became my preferred collegiate distance. I ran for SDSU from 1996-2001 first as a walk on and later on scholarship, specializing in the middle distances. My best 800m at SDSU was 2:10 and, back then, that put me 6th on their all-time-record list.
I really didn’t run much after college, until about 2 years ago, when I got the marathon itch. I trained for the San Diego Rock ‘n Roll, thinking it would be a one-time deal. Racing had the opposite effect, it renewed my desire to train, become better and compete, if only against myself. I began searching online for local groups, hoping to find a track workout for faster interval training. That’s how I came across the SDTC.
I found they had a group that met in San Marcos, right next to my home in Escondido. This was perfect! They were instantly welcoming, supporting all the runners on the lake that day whether they were with their group or not. I have hardly missed a Tuesday night workout since. In fact, when I do miss, I find myself constantly looking at the clock thinking about which of their 1200m repeats they night be on at that moment. Runners are my people 🙂 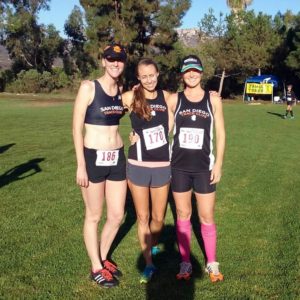 Last summer, I met Lisa Ryan and joined the WOT, where I have been further blessed to get to know a small, but mighty group of amazing women! Lisa Ryan, Stefanie Flynn, Kelly Szklany, Victoria Barana, Erica Schoeller, and our newest addition Meghan Nicola have reminded me how special it is to have friends to share in the anxiety, pain, and ultimately joy of racing together!
I have to say one of my favorite parts of the Kook run was after the turn-around when the race loops back on itself, hearing “Go Track Club!” from the multitude of SDTC members also running in the 10K. It was a huge moral boost coming back up the hills on the last half of the course! I have to share the credit of my 10K PR that day to the support of my fellow teammates and the SDTC community. Their encouragement is unmatched! I’m so grateful to have found the SDTC and the WOT. I hope to be part of the San Diego running community for many decades to come!